Tips for Installing a Ceiling Fan

Adding a fan to a room can make it more comfortable. With the right tools and enough time, installing a ceiling fan can be a DIY project. Use these installation tips to learn how. 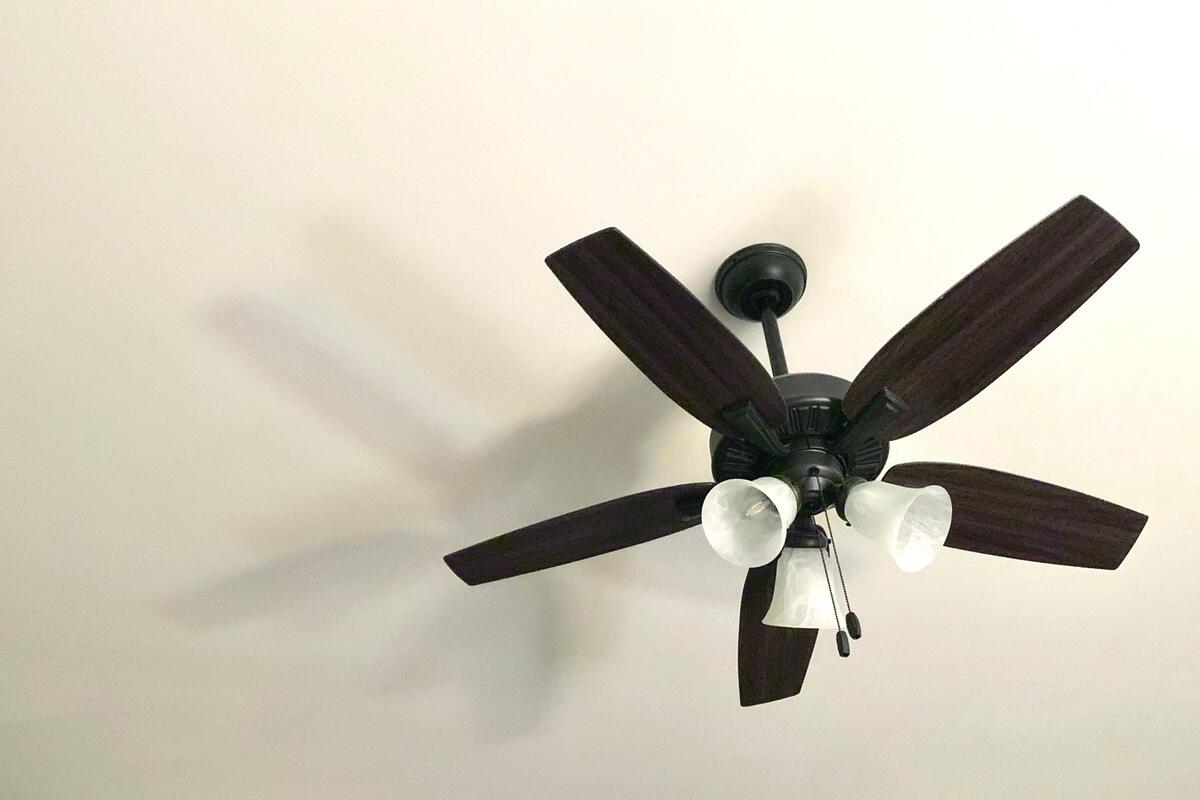 A ceiling fan can really change the look and feel of your living space. It can create a cool breeze in the summer, or push warm air down from the ceiling in the winter. Plus it adds character to the room and, if you choose a fan with a light, it can even serve as a central lighting fixture.

Make sure you turn off the electricity to the circuit you’ll be working on at the breaker box before you get started. Then remove the glass globe from the light fixture and carefully unscrew the fixture itself from the ceiling. Pull the fixture down and untwist the plastic connectors from the ends of the wires.

Use an Electrical Box Rated for Ceiling Fans

The old electrical box may be nailed to a joist; if it is, pry it off with a pry bar. If it’s screwed on, you can unscrew it. If it’s hanging from a bar mounted between the joists, remove the box from the bar (you may have to take off a metal plate to reveal the screws) and pry off the bar from between the joists.

You’ll use a half-inch pancake electrical box to secure your ceiling fan to the joist. Hold it up to the ceiling, centered on the joist, and trace its outline with a pencil. Cut out the hole with a drywall saw. You’ll need to make a new hole for the ceiling fan pancake box, usually right next to the light fixture hole. Feed the wiring coming out of the ceiling through the knockout hole in the pancake box, then slip the box through the hole, hold it firmly against the joist, and screw it to the joist with the provided screws. Wrap the bare copper or green grounding wire around the grounding screw inside the box, leaving the ends to hang down.

Cover the Hole with a Ceiling Medallion

You can use a ceiling medallion to cover the holes in your ceiling. Pass the wires through the middle of the medallion, apply urethane-based adhesive to the top of the medallion, center it over the pancake box and press it firmly in place. Secure it to the joist with four finishing nails, then cover the nail heads with spackle or caulk. If you’re going to paint the medallion, do it now.

Hold the ceiling plate that came with your fan up to the medallion and pull the wires through the hole in the middle. Screw the center plate to the box with two 1.5-inch long 10/32 machine screws.

Put the Fan Components Together on the Floor

Set the fan motor on the floor and pull the wires coming out of it through the hole in the canopy. Feed the wires through the down-rod pipe. Then thread the pipe into the top of the motor, using a wrench to tighten the locking screw on the side of the pipe. Be careful not to remove the factory-applied coating from the threads of the pipe.

Hook the fan canopy to the ceiling plate on one side, then connect up the wiring using twist-on wire connectors. Join the green wires to the bare copper or green wire coming out of the ceiling. Join the white wire to the white wire, and the black wire to the black wire. Place the fan in position against the medallion and screw down the canopy using the included screws. Then, you can attach the blades, lights, shades, and lightbulbs.

Installing a ceiling fan is a fairly simple DIY job, as long as you have the wiring already in place. If you need new wiring installed or you’re just not comfortable working with electrical wiring, no problem -- we can help you find a Candu Pro  in your local area to do the job for you. Sign up for free  today and reap the benefits of Candu membership, including access to our nationwide network of electricians, plumbers, appliance repair specialists, and other service professionals.

DIY tips are for informational purposes only. Learn more.

If this didn’t help, Candu can. Book a Candu Pro online today.

What do you need fixed?

Where do you need service?

Search by zip code to book a Candu Pro who has done over 1,000 repairs in your area.

Where do you need service?

Search by zip code to book a Candu Pro who has done over 1,000 repairs in your area.